Under PM-Kisan Scheme, Aadhaar Compulsory from Second Installment : Aadhaar Card linkage has made mandatory for availing various services from the Government. Now, this rule has become mandatory even or the farmers in India. The farmers who are availing Pradhan Mantri Kisan Samman Nidhi Scheme must provide their Aadhaar number for the identity verification process. The center has made it optional to show Aadhaar number for both the small and marginal farmer in order to get their first installment.

We all know that the Government has sanctioned Rs 2000 for each farmer under the Rs 75000 Crore Pradhan Mantri Kisan Samman Nidhi Scheme. If the farmers want their subsequent installments, they must and should show their Aadhaar Number at the time of verifying their identity proof. For receiving the next installments, it has become mandatory for all the farmers to show their Aadhaar card. 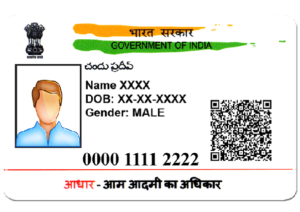 In the latest budget, the Finance Minister namely Piyush Goyal made an official announcement that the direct income support of Rs 6000 per year will be given for 12 crore small and marginal farmers who hold a cultivable land of about 2 hectares. We all know that PM-Kisan also known as Pradhan Mantri Kisan Samman Nidhi Scheme is a fully funded scheme from the Central Government. This scheme will come into the act from this financial year. However, the farmers will get their first installment by the month of March.

The Union Agriculture Ministry said in a letter to the respective State Governments that the transfer of 1st installment of the benefit for the period of December 2018 to March 2019 will be done after collecting the Aadhaar numbers from the farmers whenever and wherever available. In case, if the farmers don’t have an Aadhaar number then, there is an alternative choice of providing their documents such as voter ID card, NREGA job card, driving license or any other identity proof issued by the state or Central Government. All these are necessary to avail the first installment.

For transferring the subsequent installments, it is mandatory to provide Aadhaar number. In order to evade the duplication of the eligible farmers, the Ministry has passed this rule to the State Governments. Moreover, it has ordered the State Governments to prepare a clean and clear database comprising the details of the beneficiary small and marginal farmer families in the villages. They need to include the details in the database such as the name, gender, caste whether they belong to SC or ST, Bank account number, Aadhaar number and the mobile number of the beneficiary farmers.

The small and marginal family of the farmers usually include a husband, wife and the minor children up to 18 years of age. Such families holding land of about 2 hectares will get this benefit through the PM Kisan Scheme. Through the existing land ownership system, the center will identify the land ownership details. As the land ownership rights are based on the community in the North Eastern states, the committee will implement an alternate mechanism already approved by the committee. The State Government also asked the district level committees to notify the complaints associated with the implementation of the scheme.

Earlier also goverment implied linking of aadhaar with ration card in order to avail the rashan the government mandate for every citizen to link their and their family’s aadhaar card whose name is on the ration card and with this process each member of the family will be provided ration sepeartely in his own quota and also speicified the quantity of the ration that wil be given to an inidvidual family member , the government made it very clear that the person will not be allowed to use his/her ration card if it not linked with the aadhaar and will not be able to take ration from Gram pradhan .

UP government on his 2018 budget announced that they will be forgiving debt of the farmers which they bought for farming on their land , but the government specified very clearly that only those debt will be forgiven whose aadhaar will be linked to the bank aacount and all the doucments are verified and are matching with details of the aadhaar it ordered all the banks to verify the details and ask the citizens to link their aadhar in order to enjoy the benefits .