Kerala Medical Council Announces Aadhaar Mandatory for Doctor Registration Number : These days, fake doctors have increased a lot and they are starting a new clinic in each and every corner. In order to evade such things, the Travancore-Cochin Medical Council [TCMC] has decided to make Aadhaar compulsory for all the doctors. The new initiation has been made in order to put an end to the fake doctors across the state. It has decided to link the Aadhaar card details of the doctors with their registration information. In the entire state, the doctors need to get through the state medical council registration without fail.

It is a growing problem in most states of India that people without a proper medical degree and knowledge are running clinics or practising in hospital and due to which people have to suffer from pain and loss of life , the initiative taken by the Kerela Government is going to benefit them in long terms as the identification will enable the TCMC to eliminate fake doctors who are just using people money for their own selfish needs and the council will be able to keep a check on the record of the doctors who practicing across the state . 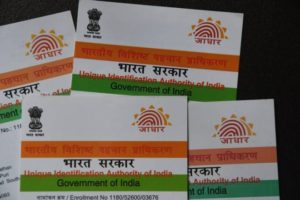 The state Government has witnessed a 42-year old fake doctor in the state who had started a medical practice in a private hospital in the state. Once they found about this fake doctor, the council has decided to make this move. The doctor used a fake MBBS degree and acquired a duplicate medical council registration number of some other medical practitioner in the state with a similar name. During the investigation of the case, the police found that he was actually a person from a racket. That’s the reason; the State Medical Council has finally planned to link the Aadhaar information of the doctors with their registration number given by the council.

All the doctors in the state of Kerala must and should get their details registered with the State medical council. Only then, the council will provide a check on the doctors who work at the private hospitals in the state. The council has already collected the details of the doctors working in more than 76 private hospitals all over the state. The medical council will scan the eligibility details and the qualification of each and every doctor who holds a medical degree from the country. This entire process will carry out under rigorous security.

Later, the council will provide vigilance to the doctors who finish their registration with Travancore Cochin Medical Council soon after completing their Graduation from abroad or other countries. The authorities will carry out a powerful verification process of the certificates. They will send the copies to the universities and follows a mission in order to take that registration into account or not. This is the news provided by one of the members from Travancore Cochin Medical Council.

The Council has planned to digitalize the personal information of the doctors prior to getting closer to the Government to link the Aadhaar details. The doctors who have done their Allopathic medicine and who work as a practitioner of Indian System of Medicine must and should attend the verification process. The Travancore Cochin Medical Council has commenced checking the details of a various medical professional who are currently working in the section of Homeopathy, Ayurveda, Unani and Allopathy.

Apart from the Kerala State, the Maharashtra Medical Council [MMC] has decided to do the same and issued a circular on behalf of this decision. It has asked all the doctors to submit their Aadhaar card details. More than 1.4 lakh doctors across the state of Maharashtra have registered their Aadhaar details with the council. We can consider it as a great move to cut off the fake doctors in private hospitals.