Supreme Court orders linking Aadhaar Card with PAN Card Mandatory  : Supreme Court has finally made an official announcement that it is mandatory to link an Aadhaar Card with PAN Card to file IT Returns. Earlier, the Delhi High Court has made an official judgment saying that there is no need to link Aadhaar with PAN in a mandatory manner in order to file tax returns for 2018-19. Now, the Apex court comes up with a final hearing and the judgment is against Delhi High Court. A few days back, the Supreme Court has made this judgment and it says that it is very important and compulsory to link Aadhaar with PAN card if you want to file Income Tax Returns. The Supreme Court gave this hearing against the order of Delhi High Court letting the respondent Shreya Se

Supreme court has made it clear that no one will be able to file the it returns if they have not link there aadhar card with the PAN card and will be charged penalty if the found it returns are not paid in time , it also stated that new PAN card will only be issued to when the aadhaar is linked with the PAN and if the details of the aadhar card such name or address do not match with the detail filled on PAN form then the request for the new PAN will be rejected 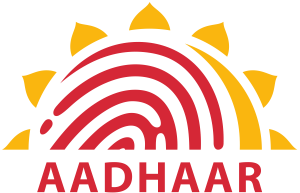 The High Court in Delhi has given its final verdict depending on the thought process of considering the decision on linking Aadhaar with PAN card mandatory for filing IT returns. It was a pending case in the Supreme Court. Later, the apex court has decided and gave clearance to the issue. As per the upheld section 139AA of the Income Tax Act, linkage of PAN with Aadhaar is pretty necessary and mandatory. The Delhi High Court has given its judgment that is valid only for the financial year 2018-19. Now, after an official order from the Supreme Court, people must link their Aadhaar and PAN card and only then, they could file their IT Returns for the upcoming financial year 2019-20.

In the month of September 2018, the apex court has elevated the constitutional validity of the Aadhaar Scheme. From the 4-1 Judgement, the constitutional bench of the court made a judgment that the Aadhaar Act didn’t break the privacy right. Moreover, it held up the official approval of Aadhaar Bill as a money bill in Lok Sabha.

Besides this, the Centre made an optional choice of Aadhaar linkage for the small scale and marginal farmers. Those who are seeking to get the first installment of about Rs 2000 under the scheme of Rs 75000 crore Pradhan Mantri Kisan Samman Nidhi don’t have to link their Aadhaar. Anyhow, the farmers must and should show their Aadhaar number at the time of 2nd installment.

The Union Ministry of Agriculture confirmed in a letter to the State Government saying that they will collect the Aadhaar number wherever possible for transferring the 1st installment of benefit for the financial period December 2018 to March 2019. For the next installments, the farmers must and should show their Aadhaar number. The Center ordered the respective State Governments to make a database of small and marginal farmer families alongside their crucial details that include the name, gender, cast, bank account number, phone number, and Aadhaar number.

Even after making Aadhaar and PAN linkage mandatory, there is no official judgment regarding the linkage of Aadhaar Card with bank accounts and the telecommunication service providers. Hence, there is no necessity to link Aadhaar for new mobile connections.

Government after making mandatory to link PAN with aadhaar also encouraging citizens to link bank account and mobile networks with the aadhaar in order to establish a database of collected individual information all at a same place which will help government to keep an easy track on the activites of a citizen and will be benficial in the growth of digital india , but it will interesting to see wheather the government will make any strict laws regarding the linking of aadhar or it will be a optional for the countrymen .