In each and every sector ranging from the schools to banks, the Government started making announcements to link Aadhaar Card in a mandatory manner. At last, the Government has decided to bring Aadhaar bill in order to lessen the burden of linking the bio metric Aadhaar ID to the mobile SIM card and bank account in a voluntary manner. It has made it necessary for the purpose of authentication. Now, it has been changed due to the introduction of Aadhaar bill. Here is everything you need to know about the Aadhaar Card Linkage for SIM cards and bank account. 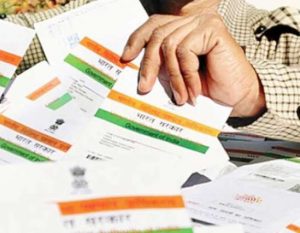 According to the Aadhaar Bill, it amends the Telegraph act alongside the Prevention of Money Laundering Act [PMLA]. It asks the people to show the 12-digit identification number for carrying out some work in an official manner at the bank. Otherwise, if you want to purchase a new SIM Card, you need to provide your Aadhaar number. According to the section 57 of the Aadhaar Act, it says that the people need to link the biometric ID details with their respective SIM cards and bank account obligatorily.

The Union Law and Justice and IT Minister namely Ravi Shankar Prasad gave a clarification in the beginning saying that the planned amendment is fulfilled in the agreement with the judgement passed by the Supreme Court. Therefore, the final decision is that it is not mandatory to link Aadhaar card with different services in various sectors. However, one who wishes to link it in a voluntary manner can utilize this authentication service.

All the amendments offer the individual permission to the people who are 18 years old. One can share their Aadhaar card details at the time of opening a new bank account, getting admission in a school and purchasing a new mobile SIM card. In the year 2016, the Union Government gave Aadhaar.

A person who is going to open a bank or buying a ne sim card will have to give a identification document for verification and that is why government made it cear to link the aadhaar with bank and sim and get their KYC done , with the new rules even the e-payment companies such as paytm and amazon pay are asking their customers to link their aadhaar with their account to reduce the use of multiple account by a single person as after getting the kYC done one person will be able to use only one e-wallet account .

An individual residing in India and lived in the nation for about 182 days should submit their information to the Government. For getting an Aadhaar number, one must submit their biometric details such as photograph, fingerprint and iris scan. Besides this, they need to provide their demographic details that include the name, date of birth and address.