Gone is the era when forcibly capturing polling booths for rigging votes in favor of a particular candidate was committed publicly by unscrupulous elements at the behest of local bullish leaders of the society which administration and police would watch helplessly. 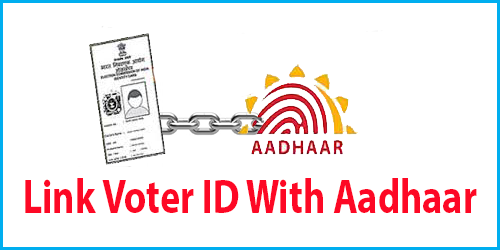 Behind such offenses used to be none other but the regime itself. Poll rigging used to be pre-organized under which the ballot papers were seized, stamped in bulk with a party symbol in favor of one candidate, and put thereafter straight into a ballot box. Such kind of public booth capturing and poll rigging had raised questions over the impartiality of administration itself which with EVM has become a matter of past. With EVM machines the booth capturing or fake voting has unbelievably been stopped. What makes the citizens entitled to exercise their franchise during the election is a Voter ID card that is counted in preparing a list of eligible voters by the election commission.

Also Read: How to register for voter ID card online?

What is Voter ID or EPIC?

Also known as EPIC (Electoral Photo Identity Card) the voter ID card is issued officially for the voters to cast their votes. But EPIC was found to have lots of loopholes which needed to be plugged ineffectively for which the election commission has declared linking Aadhaar card with voter ID card compulsory. This condition though has yet not been propagated through press/media in the country it has got to be declared mandatory very soon. To learn how to link your Aadhaar card with the voter ID card or EPIC so that all the chances of being deprived of casting vote during the election doesn’t arise as an obstacle.

Why link Aadhaar card with a voter ID card?

This question is natural to be fired on as the voter ID card (EPIC) issued by the election commission of India itself is a powerful identity-authenticating document. But the practice of several fake voter IDs by the same person called for identity’s authentication that made interlinking or seeding voter ID cards with Aadhaar card indispensable one. The Aadhaar card is a biometric document that establishes the person’s original identity biometrically (iris & finger images) and thus checks fake voter IDs.The election commission has launched a full-fledged website to help the voters to link their Aadhaar card with their voter ID card. EC believes that linking or seeding the voter ID card with Aadhaar card will bring remarkable improvements in voting pattern ensuring a 100% fair election.

Link Aadhar through SMS and phone

In order to link your Aadhar number with voter ID, then it is necessary for you to follow some of the essential things without skipping it. For information, you can even find various methods to follow that while handling through SMS as well as phone. If you are looking for a better process to experience, then you need to link the aadhar number with voter ID. Now, make sure to send the SMS to 166 or you can go ahead with 51969.

On the other side, people who want to link through the phone, then it can be done by calling the centers. Even you can just call 1950 during the weekdays. When it comes to time, then it can be between 100 am to 5.00 pm. Make sure to offer your voter ID, if you are looking forward to completing the purpose of linking at any time.

Also Read: How to link Pan card with aadhar card?

How to link Aadhaar card with voter ID card?

If you’ve taken resolve wipe outcrops of corrupt and bullish politicians with the power even of the single vote then you should start from your own end the process of interlinking Aadhaar card and voter ID through for free and fair election in the country. So go through the content being written on how to link Aadhaar card both online and offline with voter ID cards.

The election commission has launched a separate website to help the Indian citizens to link their Aadhaar with their voter ID. So seed your Aadhaar with EC-issued voter ID card now by following the instructions being mooted out here.

There are three ways of linking your Aadhaar card offline with voter ID. First – by physically visiting local election office or meeting BLO, second – by SMS and third – by phone.

“ECI LINK- Voter ID or EPIC Number – Aadhaar Number” [There should not be any gap between ECLINK, EPIC number, and Aadhaar number]