Infant gets Aadhaar Card, Passport & Ration Card within two hours of birth; first case as such in India

Recently, an infant got Aadhaar card within two hours of her birth.  Not just the Aadhaar, she also received passport and ration card soon after her birth.  The news is creating waves among the citizens right now.  The infant belongs to Surat and is the youngest Indian to get enrolled for passport, Aadhaar card, and Ration Card within two hours of her birth as per the records.  The girl was born on December 12 and was named Nabhya.  The parents of the infant wanted to know the authenticity of digital India and what happened next is what something unbelievable.

The father of the newborn was an Advocate named Ankit Bhai, who hails Amroli area of ​​Surat, and his wife name is Bhumiben.  The course were preparing for the the Nabhya’s birth and as soon as the birth took place they went on to do the paperwork.  The couple started planning for the same from quite sometime and as soon as the girl was born they proceeded with the process.  They kept all the papers ready in order to promote digital India concept introduced by honorable Prime Minister Narendra Modi.  They literally wanted to test the authenticity of the digital India concept and everything was successfully done within two hours of the infants birth. 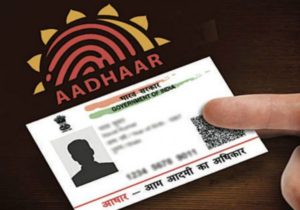 Talking about the same, infant’s mother Bhumi Nagarani said that they were well-prepared to do this before the child’s birth.  She said that they made all the official arrangements and paperwork done before the birth and it made the later process easy.  Coming to the order in which they were made, the baby’s birth certificate was first made following the other documents such as passport and Aadhaar.

This was the first ever such case noted in India till date.  However there may be people who who get it done as quick as on the same day of birth by going in an illegal way.