Aadhar Card Mobile Number Link: Aadhar card authorizes identification for every Indian. This card is managed by the Unique Identification Authority of India (UIDAI) in India. UIDAI information is not accessible to public and private agencies. The Aadhar Enrolment process is free of cost. As long as requirements and conditions are fulfilled, the UIDAI will allot an Aadhaar card to that person.

Aadhar card holds a 12-digits number in which the cardholder’s Biometric and Demographic details are uploaded. Also, it never collects the profiling details of the cardholder. Updating the Aadhar is mandatory because this card works a cardholder’s identity and, in any case, if the government found cardholder’s details mismatched or wrong then the cardholder will be punished.

Aadhar card is an important document to have nowadays. we all are aware of its importance today. As per the government’s directive now it is necessary Aadhar card Mobile Number Link. It is mandatory for each and everyone to link their mobile number with the Aadhar card. you can link mobile numbers to aadhar card online.

Linking of the mobile network with aadhaar whether it is new or existing was made mandatory by the government with association with the TRAI to curb the identity fraud that was going from a long period of time as people were allowed to use multiple sims without showing or having any proper id and that resulted in the cases of fraud and this and people even used fake ids for buying sim cards.

Mainly Aadhar card is used as identity proof to open an account in a bank while applying for a passport. Excluding the above-mentioned things, this card allows the government units or service providers to coordinate and also, optimize several schemes.

Any mobile number which will not be linked to the Aadhar number will be taken as illegal after 6th February 2018. you can link your Aadhar card with your Mobile Number by following the given process step by step: – 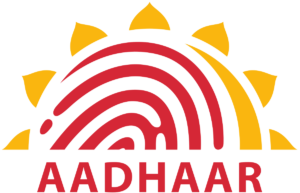 First of all, visit the Aadhar card website i.e. uidai.gov.in

Then Select, “Enrollment and Update” and click on “Aadhar Data Update”.

You will be redirected to a new page, click on “Aadhar Data Update Form”.

Download the Aadhar Correction Form and take a printout.

It is Mandatory to enter your mobile number that is operational.

Take the photocopy of the document that you have to submit as proof of address. To validate which documents to submit, you can go through the list mentioned in the form.

After filling in all the details, sign the form, or provide the thumbprint.

Double-check the details you have provided and the list of documents attached to avoid any errors.

How to Link Aadhar with Mobile Number

There was formerly an idea that connecting mobile numbers to Aadhaar would ensure that all of the country’s mobile numbers were verified. The aim was that verification would help screen out numbers obtained unlawfully. However, Aadhaar is no longer used to verify mobile phone numbers.

To accomplish the Aadhaar and SIM linkage, telecom carriers employed a variety of approaches. The approaches included OTP (one-time-password) verification, agent-assisted authentication, and an IVR function. Individuals can also register their biometrics and finish the connection procedure by going to a mobile shop. The following is a step-by-step guide to linking:

Q1: Is a duplicate copy of Aadhar acceptable at competitive examination centers?

Ans: No, it is mandatory to show the original Aadhaar card at competitive examination centers.

Q2: Is it possible to change the number registered on the Aadhaar card?

Ans: Yes, by visiting the nearest Aadhaar enrollment center or by the online process, a cardholder can change his/her registered contact number?

Q3: What is the reason behind the rejection of the Aadhaar enrollment form?

Ans: The main reason behind this are mentioned below: