Aadhaar e-KYC has returned, but with no privacy violation is encouraged this time

The cabinet headed by Prime Minister Narendra Modi after much discussion decided to voluntary the Aadhaar for the private firms like Telecom companies and other firms, but with a condition not to violate the privacy.  Government has made some amendments in the Aadhaar laws that will now bring lot of changes to the existing laws of Aadhaar.  Though the amendments will be done, the private firms must ensure the privacy of the customer details and keep them confidential.

This move came after the people and media blamed the government that there aadhaar data was leaked by the hackers to the China and that there are no rights to the government to forcefully capture the data and make any citizen to link their aadhaar with the bank accounts and other things , that is why the government came with such a that no one ‘s privacy will be violated and the people are free to make a choice wheather they want to share the aadhaar information or not . 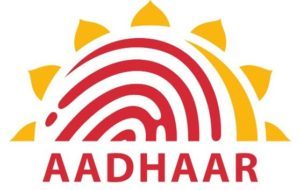 In September this year the Supreme Court had ruled that Aadhaar can only be used to operate government related services though it holds constitutional validity.  Following the rule the private firms raised their voices against the judgement passed by the SC saying that they would in turn increase their customer acquisition costs.  Even after the judgement came out, e-commerce biggie like Paytm went on with e-KYC and used important documents like driving license and passport.  Now the government has approved the use of e-KYC for Aadhaar using QR code in offline mode.  This process will not involve use of the Aadhaar number directly and in turn uses names, address and date of birth to verify.

This will highly raise the privacy concerns that are surrounding Aadhaar and also the doubts that the Aadhaar number unravel the huge databases of data that is collected from each individual in the name of issuing Aadhaar.  The data will be misused by hackers to track every single activity of the individual.  It is also important for the private firms to allow citizens to remove Aadhaar data that was collected from them prior.  Also, customers should not be forced to use the newly introduced offline Aadhaar verification under any conditions.

The government will definitely make sure that the amendment to the existing Aadhaar laws that promote voluntary use of Aadhaar authentication will be safeguarded well by the private firms.  Government has taken into consideration the report provided by the Srikrishna committee on data protection laws sometime ago and it is a matter of question as to why the government hasn’t tabled a draft law in this issue for this long time.

As we all know the government has made it mandatory to link Aadhaar with bank account.  Now the banks need to follow the prevention of money laundering act or PMLA Rules.  The government is also sidelining the Supreme Court order to restrict use of Aadhaar that too on a voluntary basis.  The central bank asked the banks not to wait any further and implement the rule this very minute.

Aadhaar e kyc done by the companies like Paytm and amazon is mainly to reduce the usage of multiple accounts by a single entity and after the e kyc one person can use only a single account with one aadhaar card and if any paytm or amazon customer have not done kyc then they will not be recieving the cashback which are offered by the company .

As the government made it mandatory, eyebrows were being raised against the idea of forcing those who haven’t given their bio metrics and providing them with a strict punishment.  The NDA government has also received support from the Telecom Regulatory Authority of India in terms of forceful linking of Aadhaar with mobile number.